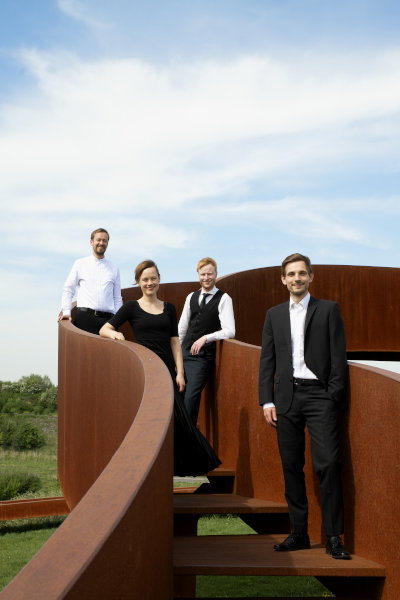 After starting out as a duo in their student days at the Royal Conservatoire The Hague, recorder player Thomas Triesschijn and harpsichordist Aljosja Mietus soon envisaged a larger ensemble that could expand depending on the repertoire. With the violinist Matthea de Muynck and cellist Petr Hamouz they formed The Counterpoints. The group soon had success at the York Early Music Young Artists’ Competition and the Göttingen Händel Competition, and appeared on stages such as The Concertgebouw Amsterdam as well as at various prestigious Early Music and Chamber Music festivals all over Europe. In September 2019 they released their first ensemble CD, “La Querelleuse” which was highly praised in national and international press. Read more

A highlight from the starting period of the ensemble is the production of Inspiring Bach, a cd around the music of Johann Sebastian Bach. On this disc, Thomas and Aljosja compiled pieces by composers who influenced or inspired the big master Bach, such as Telemann and Dieupart. Soon after that, the ensemble was expanded with two core members, cellist Petr Hamouz and violinist Matthea de Muynck.
All members of the ensemble work regularly with the leading period instrument orchestras and chamber music groups of the moment, such as Les Talens Lyriques, The Orchestra of the 18th Century, Collegium 1704, The Netherlands Bach Society and many others. They all pursue a promising career as soloists and chamber music players.
In the spirit of the Dutch Early Music pioneers, The Counterpoints believe in performing on authentic instruments or the best copies of instruments of the time. It is their aim to create passionate performances, inspired by the composer’s original intentions, the period instruments as well as musical intuition, musicological and historical research.
In their programming, The Counterpoints are always searching for new and refreshing ways to bring Early Music to the audiences. It is therefore not only crucial to play a beautifulconcert, but also to tell the stories behind the music. Collaborations with other artists, disciplines and institutions form an important key to presenting the music in a context that relates to the contemporary. The repertoire the Counterpoints chose for their debut cd La Querelleuse is a good example of their narrative programming. Central to the story is the innovative composer Georg Philipp Telemann who “quarrels” with different national styles of his time by mixing them altogether in the different movements of a trio sonata. In a way, he was using the concept of “crossover” avant-la-lettre! At the same time, it tells the story of the quarrels in Telemanns personal life (his marriage was a drama and would not have been out of place in a gossip magazine), summarized in the suite “La Querelleuse”.
The brand new programme Il Musicista Itinerante, premiered last February in Edinburgh (UK), centres around the story of Italian violin virtuosos who travelled to England in the 17th and 18th centuries. The Scottish and Irish folk and fiddle music was a great inspiration to them, and rings through in many of their compositions. This unique programme, featuring composers such as Geminiani, Purcell, Corelli, Vivaldi, Händel, Matteis, McGibbon and Oswald, points out how refreshing and ‘folksy’ baroque music can be.
The Counterpoints’ most recent engagements this year included our debut concert in Edinburgh (UK) and a live Radio broadcast on NPO Radio 4 (the Dutch national Classical Music station) with live music and an interview, presenting La Querelleuse.

Find out more about our individual members here: 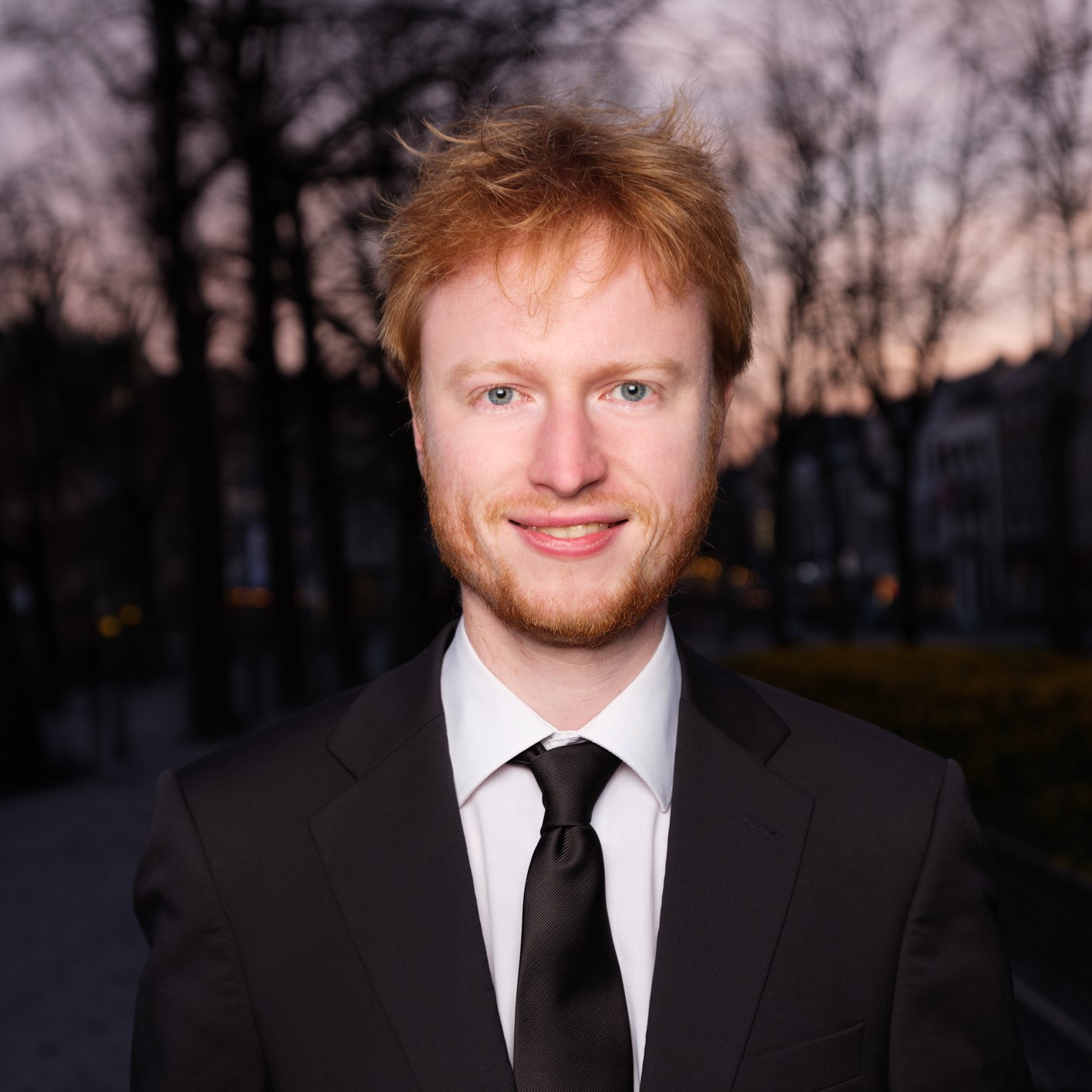 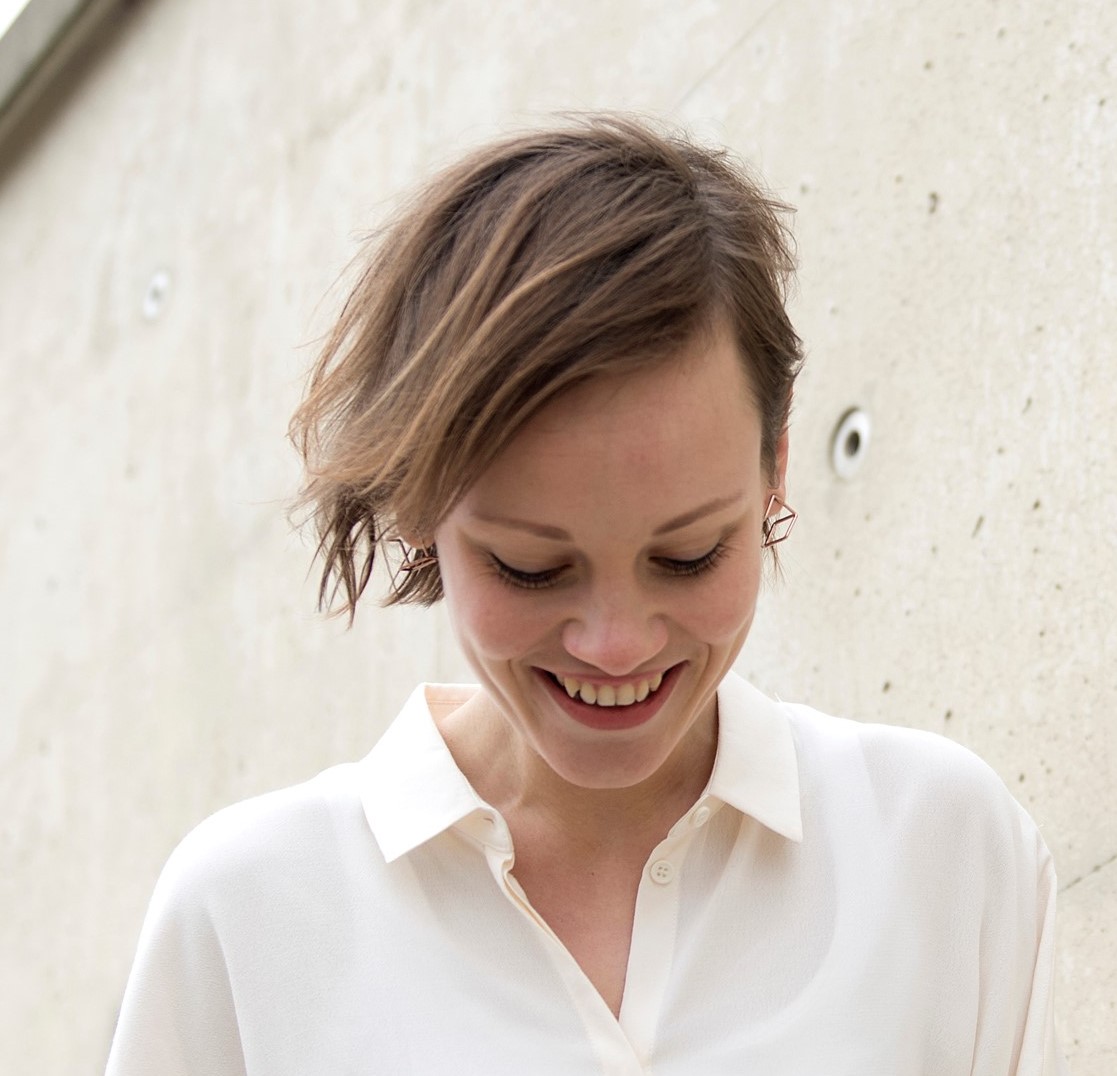 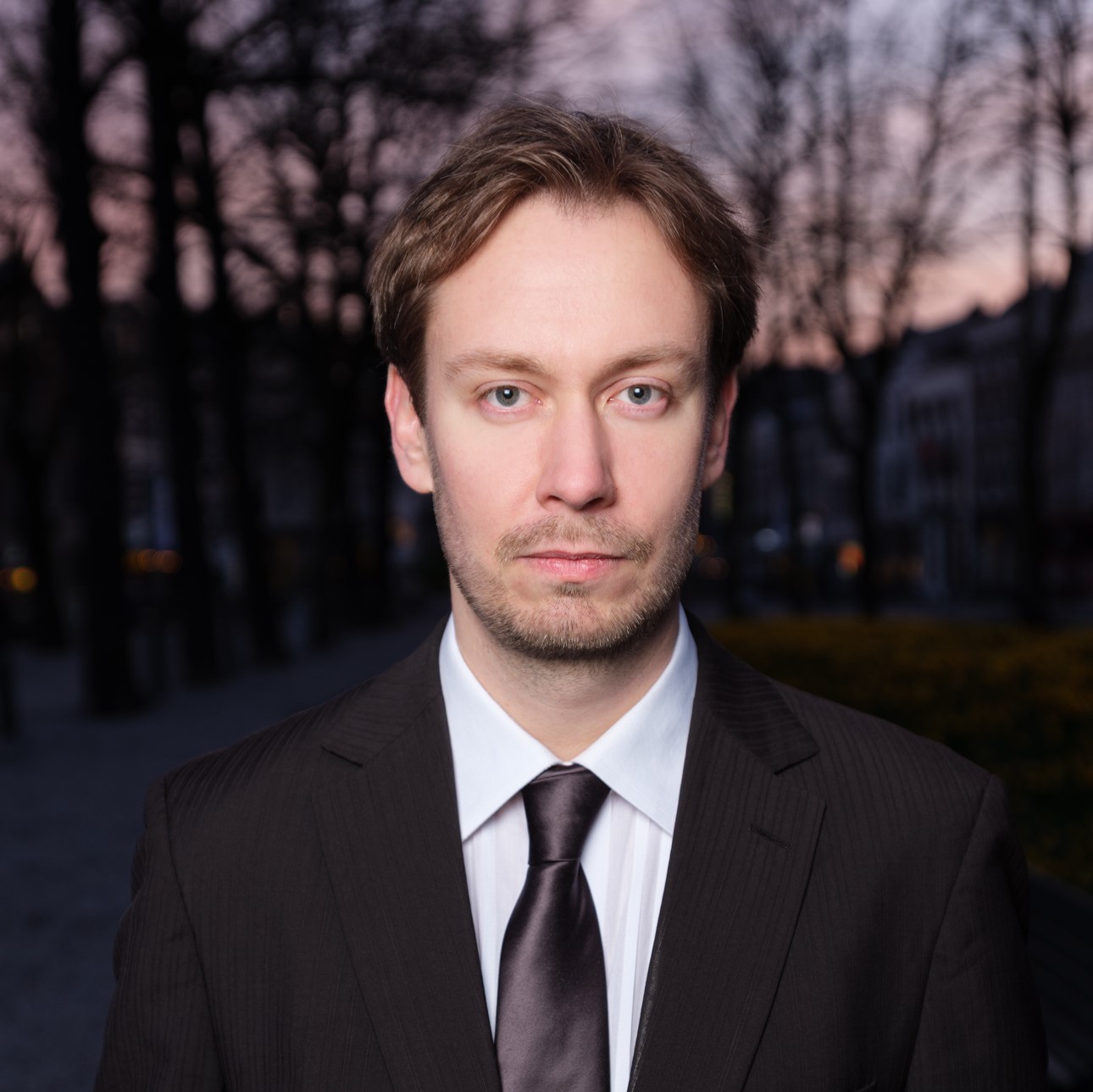 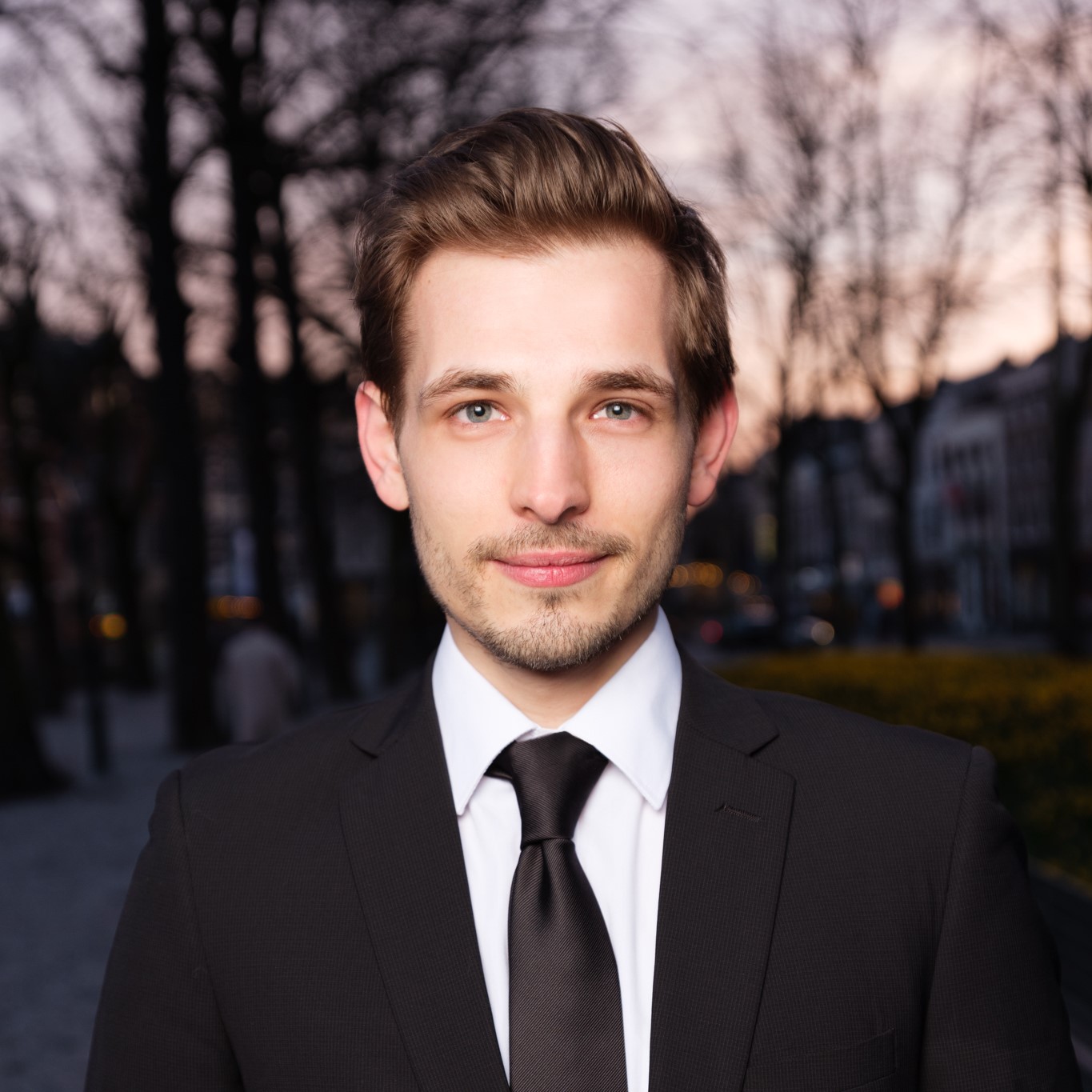 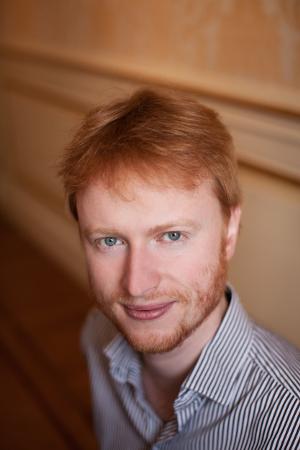 Aljosja Mietus (The Netherlands, 1990) received his first piano lessons when he was eight years old, but switched to the harpsichord at the age of twelve, having lessons with Menno van Delft and later with Tilman Gey. After finishing his secondary education at the Barlaeus Gymnasium in Amsterdam, he started his Theology studies at Leiden University where he graduated in 2012. During his Theology studies he started his harpsichord and basso continuo studies at the Royal Conservatoire of The Hague with Jacques Ogg and Patrick Ayrton. He finished his Bachelor’s in 2014 and started his Master’s at the same institute with Jacques Ogg and Kris Verhelst, for which he graduated cum laude in 2016.

In 2011, Aljosja and recorder player Thomas Triesschijn formed a duo, and recently released their debut album "Inspiring Bach" (2015). Since then their duo expanded to a quartet called The Counterpoints. 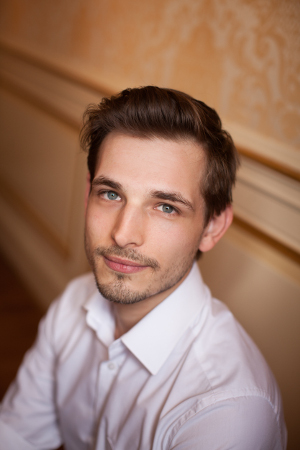 Thomas Triesschijn (The Netherlands, 1992), began his musical studies with choral and recorder lessons at the age of seven with Willem Blonk. In 2005, he was admitted to the School for Young Talent (SfYT) to study with Dorothea Winter at the Royal Conservatoire in The Hague. There, he combined music education and performance experience with his secondary school studies. In 2010, the same year he graduated from the SfYT, Thomas was one of the four finalists in the Dutch national finals of the “Eurovision Young Musicians Competition 2010” where he appeared on national television (NPS) as a soloist with Holland Symfonia, conducted by Otto Tausk. In April 2011, Thomas won first prize during the finals of the “Princess Christina Competition” in Rotterdam. After earning a Bachelor of Music from the Royal Conservatoire of The Hague, studying with Dorothea Winter, he completed his master’s degree in 2016 at the HKU University of the Arts Utrecht with Heiko ter Schegget.

Thomas focuses on the performance of both early and contemporary music. Composers like Wilbert Bulsink, Patrick van Deurzen and Quinn Jacobs have written pieces for him. He has performed all over Europe as a soloist, chamber musician and orchestral musician, working with ensembles and conductors such as Les Talens Lyriques and Christophe Rousset, Vox Luminis and Lionel Meunier, Holland Baroque, Opera2Day and Hernán Schvartzman, Hassler Consort and Franz Raml, Domestica Rotterdam and Wim Steinmann, Daniel Reuss, Peter van Heyghen, Erik van Nevel, Otto Tausk and Charles Toet. He performed at various distinguished music festivals such as the Grachtenfestival Amsterdam (2010 & 2011), the International Chamber Music Festival of Janine Jansen in Utrecht (2011, 2012, 2014, 2016 & 2017), the Bachfestival Dordrecht (2018) and the Festival Jong Talent Schiermonnikoog (2019). He also regularly performs in the Classic Express, the world’s only mobile concert hall. Along with his performing activities, Thomas is an internationally requested recorder teacher and juror at music competitions.

In 2011, Thomas and harpsichordist Aljosja Mietus formed a duo, and released their debut album “Inspiring Bach” in 2015. Since then their duo expanded to a quartet called The Counterpoints. Thomas is based in Luzern (Switzerland) and teaches the recorder at the Musikschule Luzern. 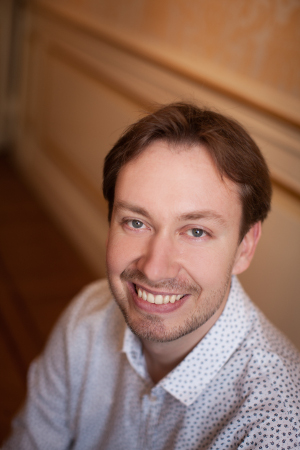 Petr started playing the cello at the age of six and later studied at The Prague Conservatory with Tomáš Strašil. During his studies he developed an interest in early music performance practice. He attended many summer courses and participated in masterclasses with eminent performers, these include Jennifer Morsches, Bruno Cocset, Christophe Coin, Hidemi Suzuki, Irmtraud Hubatschek.

Since 2004 Petr has performed and participated in recordings with numerous ensembles, focusing mainly on repertoire composed between 1650 and 1900. These include Collegium Marianum, Capella Regia Praha, Musica Florea and Ensemble Inégal. Through a collaboration with the ensembles Musica Florea and Le Poéme Harmonique, he participated in a reconstruction of the comédie ballet by Lully and Moliére, Le Bourgeois Gentilhomme, in France and Poland in 2009.

In the years 2010 and 2011 Petr took part in a reconstruction of a historical opera performance of 'Intermezzo giocoso' 'Dove e amore e gelosia' by Giuseppe Scarlatti, performed originally in 1768 and then after almost 250 years revived in the same historical environment of The Baroque Theatre at Český Krumlov castle.

For season 2012/13 Petr was invited to join the European Union Baroque Orchestra, and attended exciting tours led by Lars Ulrik Mortensen, Margaret Faultless, Riccardo Minasi and Paul Agnew. In the same year Petr joined ensemble Radio Antiqua, with whom he regularly performs. Among their greatest achievements include winning both jury’s and public’s prize at the 2013/2014 Göttingen Historical Music Series. Radio Antiqua has been invited as Artist in Residence of the Centre Culturel d’Ambronay, Collegio Ghislieri in Pavia, and supported by Eeemerging recorded their first CD “Forgotten Treasures of the German Baroque” released by Ambronay Editions in October 2015. Radio Antiqua formed the core of the 2015 European Baroque Academy during an extensive European tour, directed by Enrico Onofri. 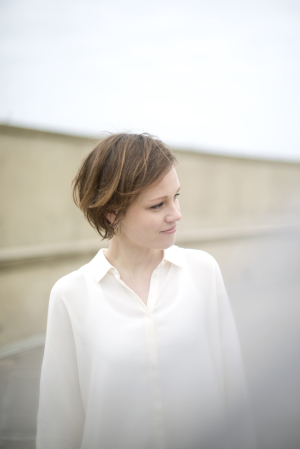 In the 2017 St. John’s Passion Tour with De Nederlandse Bachvereniging, she appeared as one of the Viola d’Amore soloists. This performance has been recorded for the project “All of Bach” and was released in March 2018. Matthea has played live on Dutch Radio 4 as a violin soloist in Vivaldi’s “Four Seasons” and Bach’s “Erbarme Dich” with PRJCT Amsterdam and Maarten Engeltjes. She was the Viola d’Amore soloist in Vivaldi’s Nisi Dominus with PRJCT Amsterdam, which has been broadcasted on Dutch Radio 4.

In the summer of 2017, she has been appointed a member of the Orchestra of the 18th Century as the first of the ‘new generation’ after Frans Brüggen. After finishing her studies in Classics (Greek and Latin) at Leiden University, Matthea received a Bachelor from the Royal Conservatoire The Hague, studying with Janet Krause. As an exchange student, she studied at the Hochschule für Musik und Theater Leipzig with Friedemann Wezel and Mechthild Karkow. She finished her Master degree at the Amsterdam Conservatoire with Shunske Sato and Sayuri Yamagata.

Besides working as a freelance violin player, Matthea works at the Royal Conservatoire The Hague as a Coordinator of the Research Group. As a keen organiser, she is now in charge of setting up an artist collective at Theatre De Nieuwe Regentes in The Hague. She enjoys cooking, travelling, running, Belgian Beers and her home in The Hague, which she shares with her boyfriend and cat.